One of the most common problems people have with their vehicles is fluctuating RPM while driving. The RPM of your engine is a measurement of its speed. If it is fluctuating, it suggests it is changing speed erratically, which can be a severe issue.

When you start your vehicle, the RPM gauge should read about 1000. It should reduce to around 800 after the car warms up. The reading should be between 750 and 850 while driving. Your engine is spinning too rapidly if the RPM exceeds 1000. So why is this taking place? And how are you going to solve it?

But what does RPM mean? 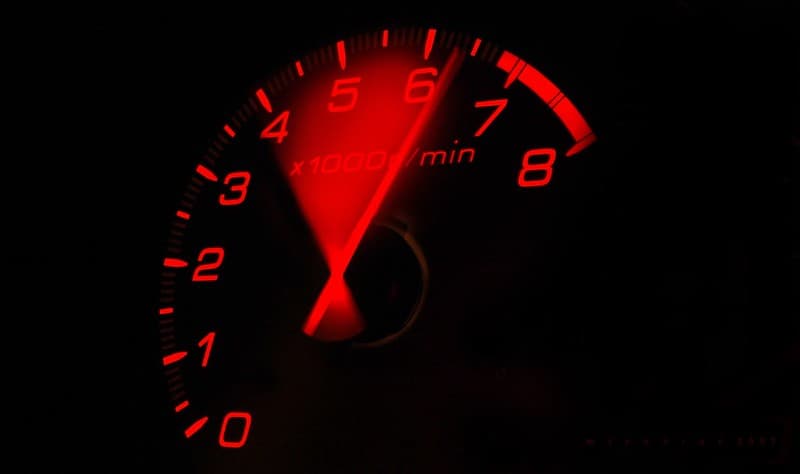 An analog tachometer showing the RPM of a vehicle by Mik Salac / CC BY-NC-ND 2.0

How Do You Know Your Car’s RPM?

Almost every automobile has a tachometer, which calculates your engine’s RPM, usually measured in thousands, and displays it on your dashboard, which is occasionally adjacent to your speedometer. Tachometers are also known as revolution-counter, tach, rev-counter, and RPM gauge. All tachometers fall into one of four categories: analog tachometers, digital tachometers, contact, and non-contact tachometers, and time and frequency measuring tachometers. In the past, tachometers displayed RPMs in an analog style. However, modern cars are beginning to adopt digital, making it easier to read.

As the first two tachometers are the ones you can find in your car, we will be going into them briefly.

This type of tachometer consists of a needle and a dial-type interface. They are unable to store readings and cannot compute details such as the average RPM of your car and things like that.

Digital tachometers are made of LCD or LED readouts and have memory storage capacity. They can perform statistical calculations and are more common in recent times, unlike their analog counterparts. They provide numerical values instead of using dials and needles.

If you drive often, you have probably observed that your RPM fluctuates regularly. This is frequently indicated by the inconsistency of your car’s speed and the constant adjustment of your tachometer in an attempt to provide an accurate reading. However, if your vehicle’s RPM swings so much that it looks to be moving back and forth, it is critical to have it checked because this could be an indicator of an underlying problem.

If you notice your RPM fluctuating while you drive, it is most likely due to one of these common reasons:

The most common reason for RPM fluctuation is that your spark plugs are worn-out, especially when dealing with old cars. Worn-out spark plugs cause RPM fluctuation because they are unable to correctly fire the fuel within the piston at the right time. This will result in sluggish acceleration, which might lead to more misfires and jerking of your vehicle. 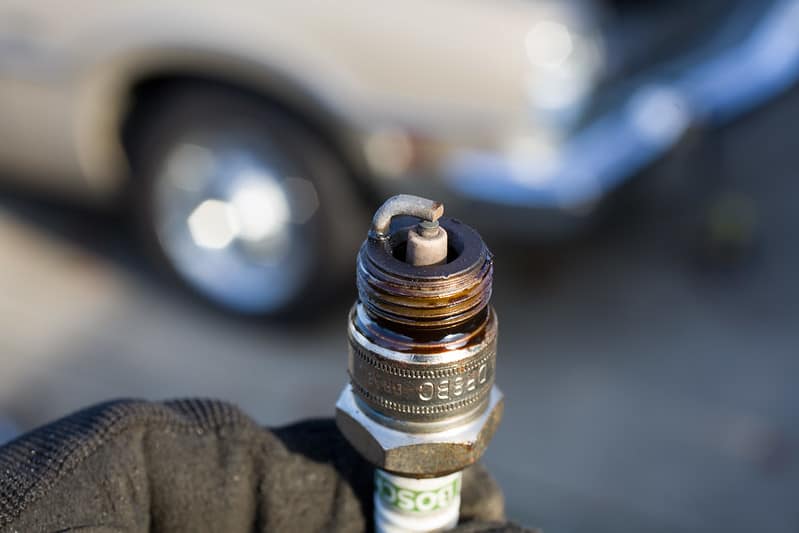 If your spark plug wires or ignition coil have also gone bad, you might notice this effect on the RPM. The cost of changing worn-out spark plugs is between $16 and $100 for a set, depending on the type of plug and number of cylinders your car has.

If your automobile’s Throttle Pedal Position Sensor (TPS) fails, your car may accelerate without you pushing the gas pedal. This can lead to RPM fluctuation while driving. Another sign that your Throttle Pedal Position Sensor is faulty includes engine misfire. The average cost for a new throttle pedal position sensor ranges from $110 to $200, with labor costs between $35 and $95, depending on your location.

When your fuel injectors become coated with dirt and grime, acceleration may become jittery, causing your RPM to fluctuate. 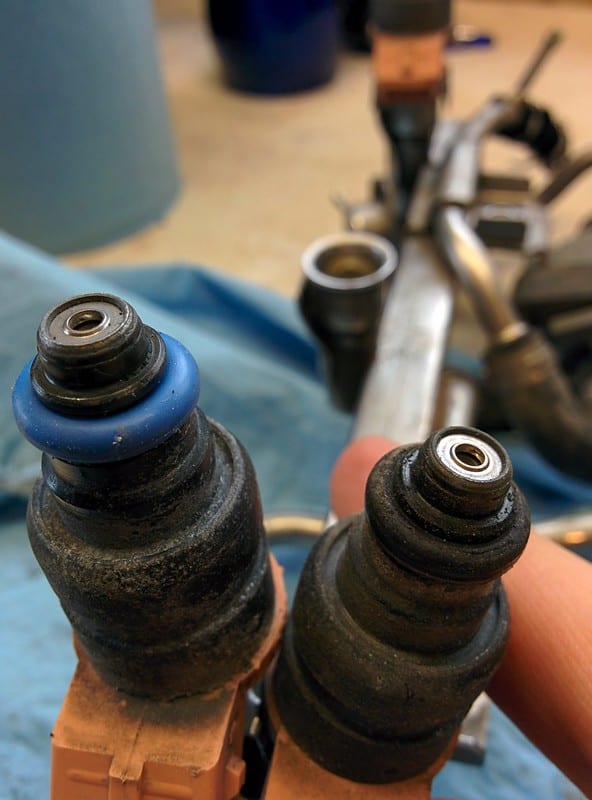 If your car has transmission problems, such as a transmission fluid leak, it may begin to rotate at higher RPMs as a result of the torque converter, or the gearbox band slipping.

If your car’s ignition wires are broken or frayed, it can cause resistance in the electrical current and cause your engine’s idle speed to fluctuate. When this happens, your RPM will rise and fall unpredictably and totally out of your control. 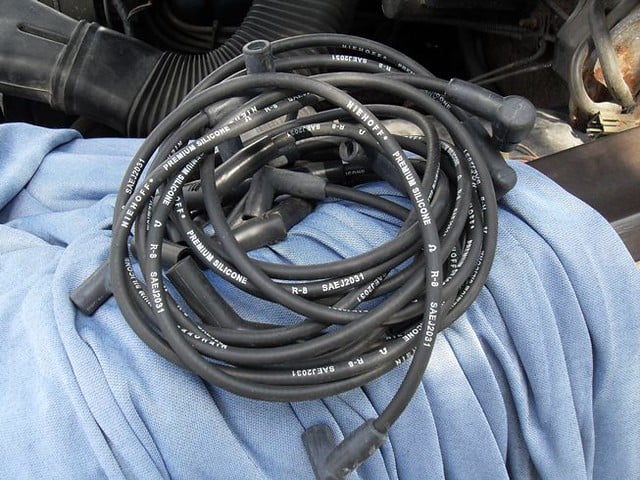 If you fear that your ignition wires are damaged, you should have them inspected and, if necessary, replaced.

When your carburetor isn’t working properly, it can produce RPM fluctuations while driving. 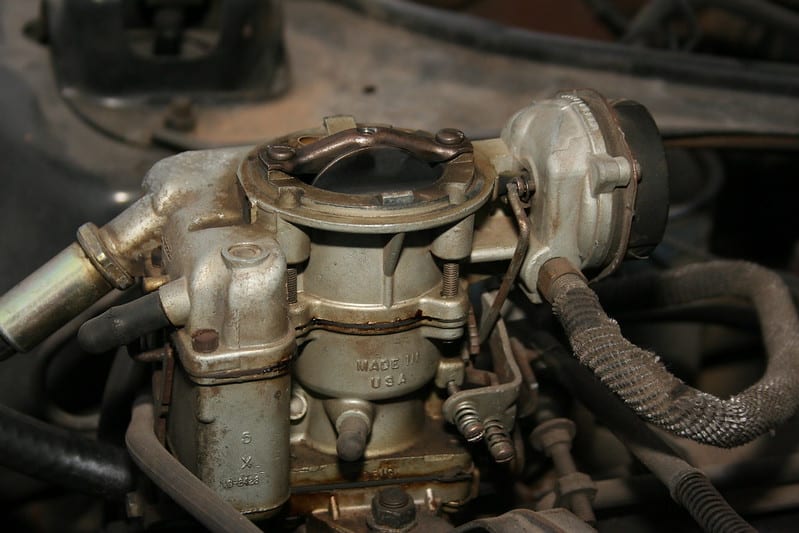 It can also cause a rough idle if it is clogged since it does not give enough gasoline to the engine.

If your valve’s timing is incorrect, it will be difficult for your engine to operate, causing RPM fluctuation while driving. This is because incorrect valve timing will affect the air-fuel mixture, hampering your car engine’s power. To repair this, you can simply have your valve timing checked out although, in serious situations, you may need to purchase a new valve timing belt with labor costs between $300 and $500. The belt in addition to the labor cost is this expensive because your engine needs to be disassembled to reach the valve timing belt and doing so takes both time and effort.

Problem with the Combustion Process

If something goes wrong with your combustion process, for example, an engine misfire, it can cause your RPM to fluctuate while driving.

A vacuum leak occurs when there is a blockage in the airflow of your vehicle’s Intake Manifold or exhaust system.If your car’s RPM fluctuates while you’re accelerating, it’s also possible that your engine has a vacuum leak rather than a faulty spark plug. Other signs of a vacuum leak other than RPM fluctuation include lesser fuel efficiency, the check engine light being turned on, a hissing sound, car stalling, and a rough idle.

What is the Importance of your car’s RPM?

For cars that use manual transmissions, the importance of RPM is:

How Does RPM help in Maintaining Fuel Consumption?

With RPM, you can make your transmission gearbox and engine work at optimal efficiency. Because the lower the RPM, the lower your car’s fuel consumption and speed, you can use your tachometer and speedometer to find the range where your vehicle balances performance and fuel economy. This range is usually when your RPM is between 1,500 to 2,000. This will help you save fuel.

How to Fix RPM Fluctuation while Driving 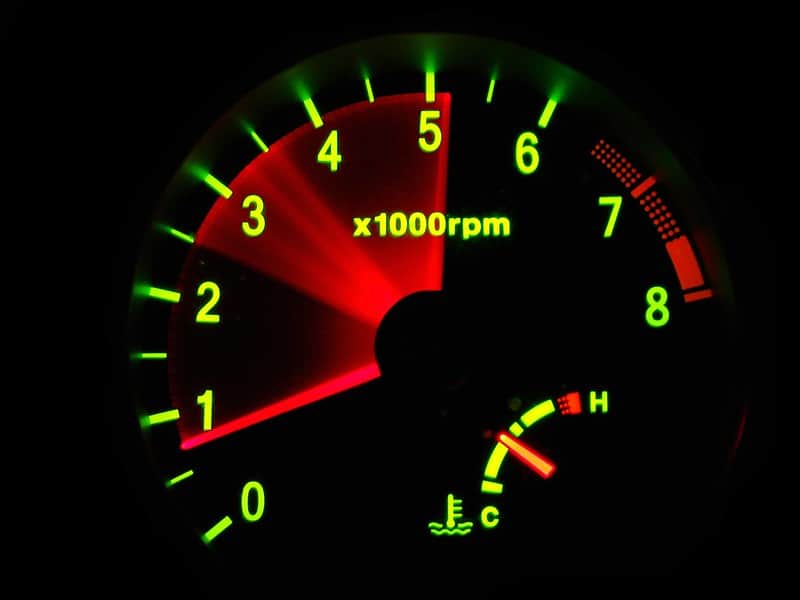 Image depicting a fluctuating tachometer by Michael / CC BY 2.0

There are a few things you can do if your RPM fluctuates while driving so the first thing you have to do is make your car idle, that is, make your engine run while your car remains at rest. If you find out that the reason for your RPM fluctuation is your engine, the only solution is to replace it. A four-cylinder engine replacement typically costs between $4,000 and $5,000. The average cost of a V6 is $5,500, and a V8 engine is $7,000 on average. However, the price is more likely to rise based on the automobile brand and engine complexity. A powerful high-performance engine can cost up to $10,000.

If the cause for your RPM fluctuation is not your engine, other things you can do before seeking the service of a mechanic are:

There are a few things you may do if your vehicle’s RPM reading is not staying stable. The simplest solution is to ease off the gas slightly until the engine slows down. You can also try increasing your RPM slightly until you obtain a more steady readout. Another thing you may do is check your oil level to ensure it is not too low or unclean. Finally, if you have difficulties starting your automobile in chilly weather, consider warming it up first. Otherwise, it may be difficult getting it to turn over at all. Contact a professional if you still need assistance bringing your RPM back to normal.