The crankshaft position sensor tells the computer how far the engine has turned so that it knows when to change the ignition timing.

If your car is stalling, it might be because of this issue. So, how to reset crankshaft position sensor no start?

We’ll show you how to reset your crankshaft position sensor and what other problems or symptoms it could cause for your car.

The car crankshaft position sensor monitors the rotation of the crankshaft and sends signals to the computer when the engine needs more fuel or air.

The sensor has a magnet that moves with each revolution of the crankshaft to send out electrical pulses as it passes by metal coils in the sensor housing. 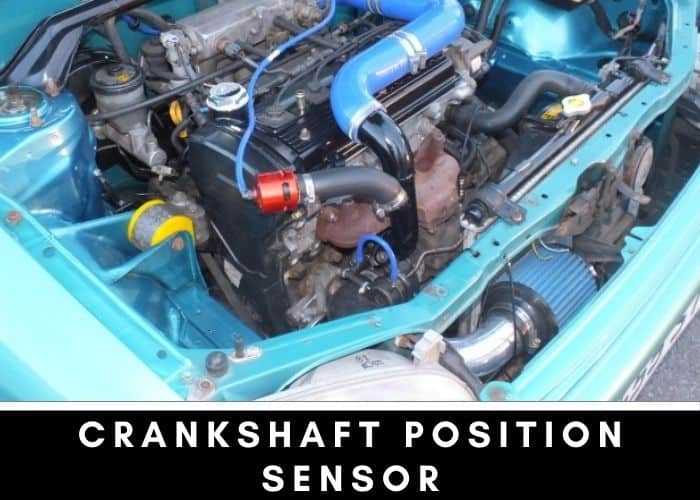 The crankshaft position sensor provides data to the ECU that allows it to monitor the movement of the crankshaft for engine/transmission health and efficiency. Photo by lukzklibz at Morguefile.com

What Is The Crankshaft Position Sensor

A crankshaft Position Sensor (CPS) is an electronic component that measures the crankshaft’s position to the piston.

Overhead camshafts use a camshaft that operates valves instead of a pushrod.

The CPS measures the crankshaft position using a magnetic field produced by a permanent magnet.

The magnetic field produced by the magnet changes as it rotates past a sensor called an optical pickup device.

The pickup device detects changes in the magnetic field and converts them into an electrical signal.

The computer processes this electrical signal and determines how far the engine has rotated since its last start-up or repair work.

The CPS provides an accurate measurement of crankshaft position to properly adjust the ignition timing and regulate the fuel delivery throughout each revolution of the engine’s pistons. 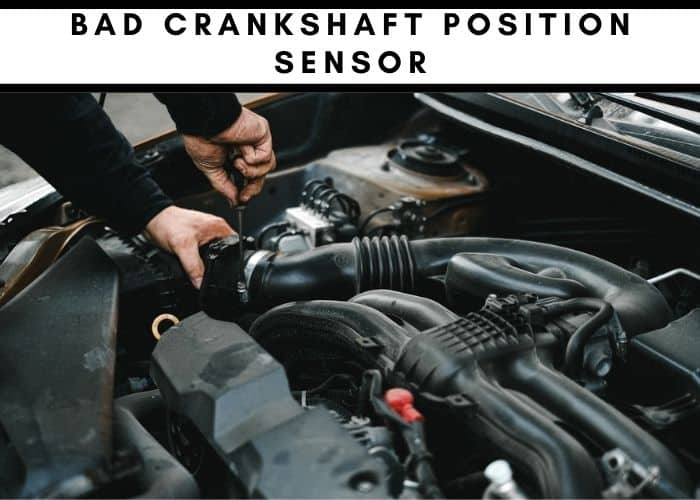 If your vehicle’s crankshaft position sensor is bad, replace it. Your engine won’t start, and you may have serious problems if you don’t.

How To Tell if the Crankshaft Position Sensor Is Bad

Lack of Power During Acceleration

If you experience any of the following signs, check for low engine power during acceleration.

Vehicle Fails To Start or Stalls While Driving

You’ll first check the engine light. Your vehicle may have trouble starting or stalling while driving if it’s on.

Next, remove and inspect your spark plugs for fouling. If they look dirty or worn out, replace them with new ones; this is a common cause of a lack of power when starting a car.

The next step is to check your fuel pump; if it’s not working properly, you could have trouble with a crankshaft position sensor (CPS) diagnostics and interpreting symptoms.

The fuel pressure will be low and/or fluctuating badly enough that CPS readings are unreliable during diagnostic tests.

After checking these things in order — engine light first as a general rule — you should also take advantage of free online resources if possible, so they can help diagnose specific codes faster.

The check engine light is an indicator that something is wrong. It’s not necessarily an indication of a problem that you need to repair immediately, but it does mean you should have your car looked at by a professional.

The check engine light can mean any number of things—from a simple fix like a bad fuel cap to major problems with the ignition system.

If you are unsure what’s causing your car’s check engine light to come on after working on it yourself, bring it in and let our staff take a look.

If you notice that your car isn’t accelerating or if it seems to be struggling to get up hills or go around corners at speed, this could be a sign that the fault lies with your crankshaft position sensor.

If you’re experiencing any of these symptoms, it’s time to get your car to a mechanic. 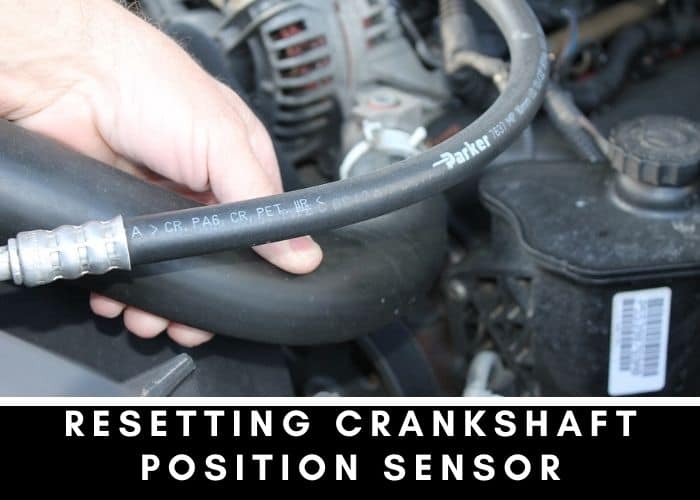 You may need to reset your vehicle’s crankshaft position sensor for optimal performance and fuel efficiency.

How To Reset Crankshaft Position Sensor No Start

To understand how to reset the crankshaft position sensor no start, you’ll need to disconnect the battery and clear your trouble codes with an OBD-II scanner.

How To Start a Car With a Bad Crankshaft Position Sensor

If your car doesn’t start, it can be a very frustrating experience. How to reset crankshaft position sensor no start?

If you have checked to ensure you have fully charged the battery and there is good fuel flow to the engine, it may be time to check whether your crankshaft position sensor needs replacing.

The first step in replacing the bad crankshaft position sensor is locating it. The sensor looks like a black box, so you can easily identify it if you are looking at it from above.

You should also see wires going into and out of this black box and a connector on its side.

If you do not see any wires coming out of your crankshaft position sensor, you may need to detach some parts so that you can remove them more easily when replacing them with new ones.

If no screws are holding down your old crank sensors (or any other type) and they are just sitting loosely in their sockets, there’s not much else left except removing them with an easy twist of your wrist (or finger).

However, if some screws were holding down these old crank sensors (and maybe even some adhesive tape), it might take longer than expected before everything comes loose enough for removal.

Remove and Replace the Sensor

You’ll have to remove and replace the sensor.

Learn How To Start Your Car if It Is Not Starting

Before you spend money on a new part, ensure the rest of your engine is in good working condition.

If a part isn’t working correctly, it could be causing problems for other car parts to work correctly.

Here are some things to check if your car won’t start: 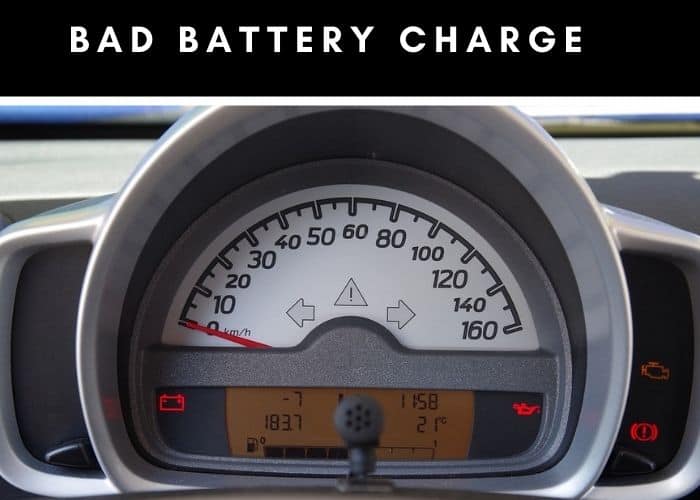 If your battery is low, it can cause your crankshaft position sensor to randomly shut off.

Check the battery cables and terminals to ensure they’re tight and free from corrosion or damage. It can cause poor connections, which may prevent the spark you need to start the car.

Also, if you have jumper cables at home, use them to test whether there’s enough power in your car’s battery before taking further action.

If there isn’t enough power left in your battery, then jump-starting it might help get things going again until you have time/money/energy, etc., to get a replacement.

Check that you securely fasten all wiring harnesses inside and outside the vehicle before attempting anything else.

Also, look carefully at each connection point between wires because there may be loose screws holding them together.

Activate the manual starter button before turning on the engine. Make sure everything is tight first.

If you want to go the DIY route, replacing your crankshaft position sensor is a relatively straightforward process.

You’ll need to use a 10 mm socket wrench, ratchet, and several other tools like a wire stripper, small screwdriver, and needle-nose pliers.

The first step is to remove the old sensor from its housing by disconnecting it from its wiring harnesses using your needle nose pliers (there will be three connectors).

You will need to disconnect the harnesses from each other using your wire stripper tool, so you can easily swap them over onto the new part.

Finally, thread them back on one another in this order: brown/black wire with white stripe; black/blue; red/white; gray/black stripe.

Where is the crankshaft position sensor located?

It’s a small electrical device that measures the position of your engine’s crankshaft.

The sensor works by sending an electrical signal through a cable to your vehicle’s computer or ECU (electronic control unit). 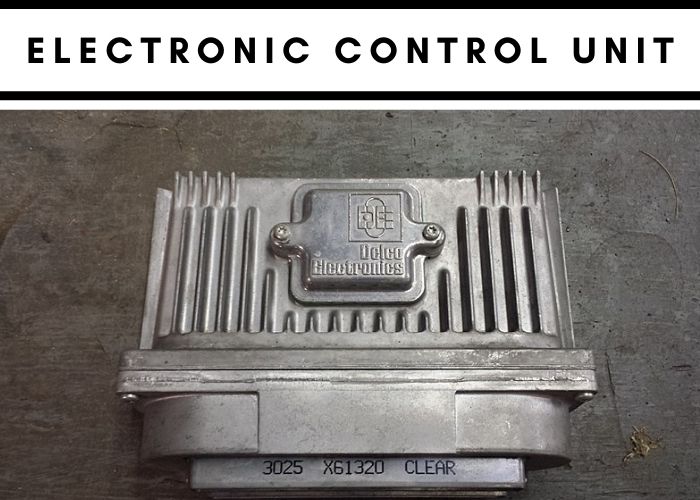 The ECU then uses this information to control how your vehicle runs.

The crankshaft position sensor has a cylindrical shape and measures about 3 inches in diameter with a length of 1 inch.

It’s connected to the engine block by a cable that sends information between itself and other parts of your vehicle, such as camshaft sensors, fuel injectors, oil pressure switches, etcetera.

When does the crankshaft position sensor need to be replaced?

Crankshaft position sensor failure is a common cause of engine failure.

The crankshaft position sensor may be misaligned, which causes it to read incorrect signals.

Bad alignment can also result from an impact with an object that hits the engine while you are driving.

Sometimes dirty or corroded connections cause problems with crankshaft sensors. It will prevent the sensor from working until you clean them or replace them with new ones.

How much does it cost to replace a crankshaft position sensor?

The cost of replacing a crankshaft position sensor varies between $100 and $300. The price depends on your car type and what kind of dealer is doing the work.

You can usually DIY this job for less than $100 if you’re comfortable with auto repair tasks and have the right tools.

If not, get a quote from an experienced mechanic or shop before deciding to do it yourself.

How difficult is it to replace a crankshaft position sensor?

It depends on the vehicle. Some cars are straightforward to work on, and you can do it yourself if you’re mechanically inclined, while others are difficult and would require a professional mechanic.

The answer to whether a car owner can replace a crankshaft position sensor depends on a number of factors.

You need to know that there are vehicle types, each with their quirks regarding assemblies, what kind of parts they contain, etc.

Some cars allow for DIY repairs, while others do not. You should ensure either way is acceptable before attempting any repairs yourself.

A crank sensor senses the position of the crankshaft to the flywheel. If it can’t sense that or is out of range, it will set a code and disable the vehicle starting system.

Restart the engine and see if it starts up. If it won’t, you may have a problem with the sensor. 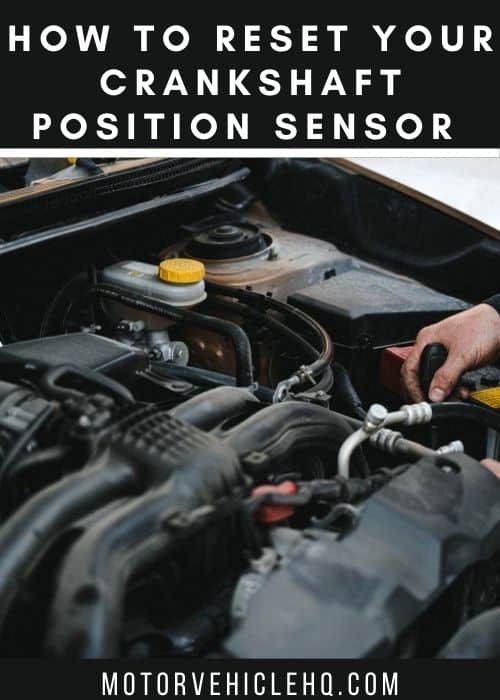 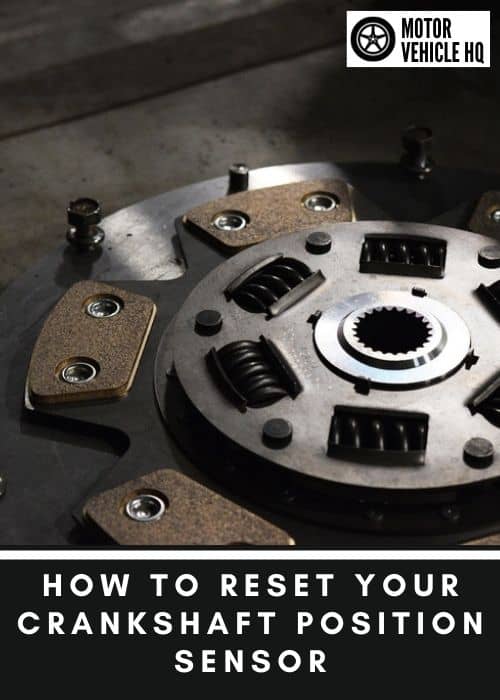