How much does a car weight? The weight of a car varies depending on its size, model and make, and materials used in its construction. An average compact car weighs anywhere between 2,600 to 3,000 pounds. A midsize car weighs around 3,300 pounds while an SUV can weigh 4,000 pounds or more.

To get a better idea of how much your car weighs, you can check its curb weight. This is the weight of the car with all standard equipment and fluids, but no passengers or cargo. You can find the curb weight of your car in its owner’s manual or on the manufacturer’s website. 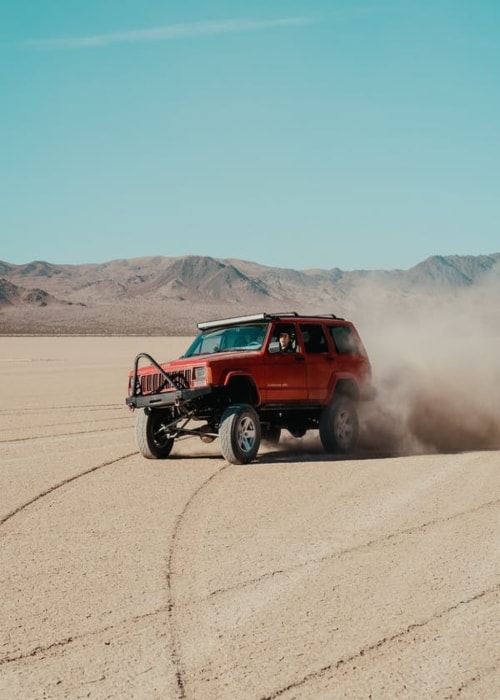 SUV in the desert

Here is a review of car weights for some of the most popular models on the market.

The weight of a car can have an impact on its performance and fuel economy. Heavier cars tend to have more power and torque but may sacrifice fuel economy. Lighter cars may be more fuel-efficient but may not have as much power. 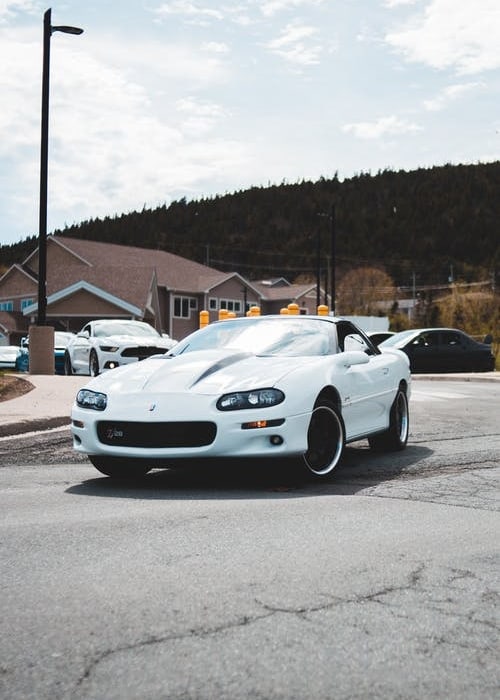 Toyota is a popular Japanese car manufacturer well-known for its fuel-efficient and reliable vehicles. Some of its popular models include the Camry, Corolla, and Highlander.

The average curb weight of a 2019 Toyota Camry is 3,241 pounds. The Toyota Corolla weighs in at 2,850 pounds on average while the Highlander SUV has a curb weight of 4,134 pounds. The sleek Toyota Supra weighs averagely 3,400 pounds.

Toyota cars are generally on the lighter end when it comes to vehicle weights. 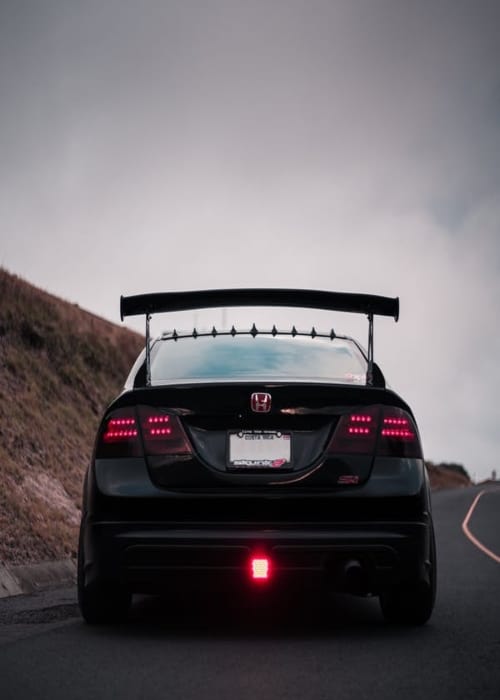 A back view of a black Honda car

Honda is another Japanese car company known for its fuel-efficient and reliable vehicles. The brand produces a wide range of vehicles including sedans, hatchbacks, and SUVs. Some of its most popular models include the Civic, CR-V, and Fit.

Ford is an American car manufacturer that offers a variety of vehicles including sedans, trucks, and SUVs. Its most popular models include the F-150, Mustang, and Explorer.

The average curb weight of a Ford F-150 truck is around 5,684 pounds. The Mustang sports car has a much lighter curb weight of between 3,532 to 3,868 pounds while the Explorer SUV weighs 4,700 pounds on average. 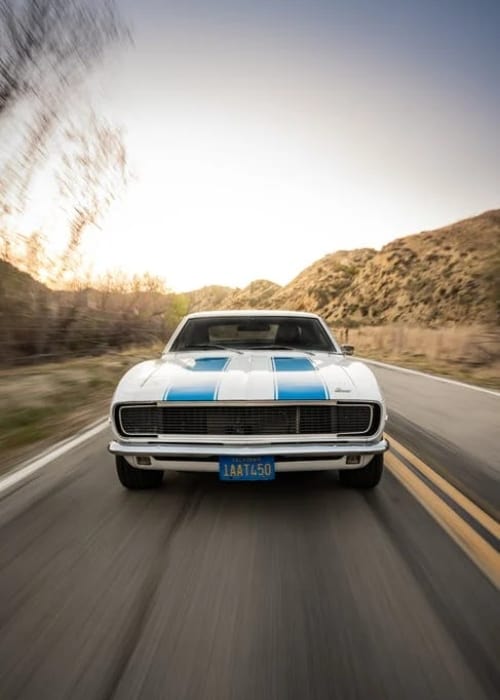 Still on American soil, Chevrolet is another popular car manufacturer. It offers a wide selection of vehicles including sedans, trucks, and SUVs. Its best-selling models include the Silverado, Camaro, and Tahoe.

The average curb weight of a Chevrolet Silverado is between 4,520 lbs to 5,240 pounds. The Camaro sports car has a curb weight of between 3351 and 4120 pounds while the Tahoe SUV weighs in at 5,660 pounds on average. 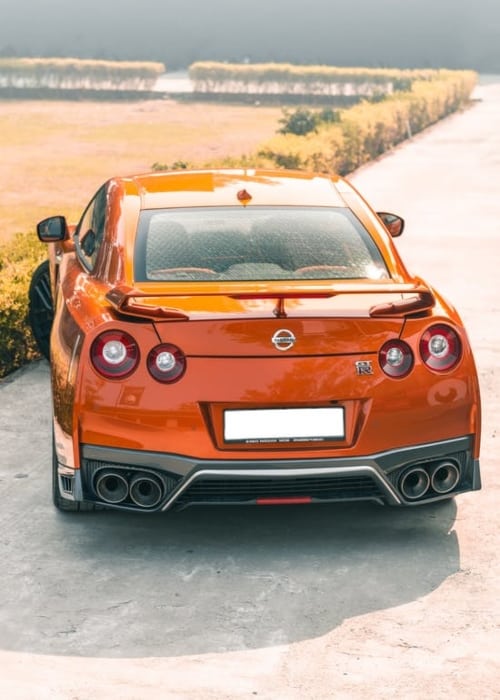 Back view of a Nissan car

Back to Japan, Nissan is a car company known for its fuel-efficient and reliable vehicles. Some of its most popular models include the Altima, Rogue, and Murano.

Mercedes-Benz is a German car manufacturer that’s synonymous with luxury. The brand offers a wide range of vehicles including sedans, SUVs, and sports cars. Some of its most popular models include the C-Class, GLE, and S-Class. 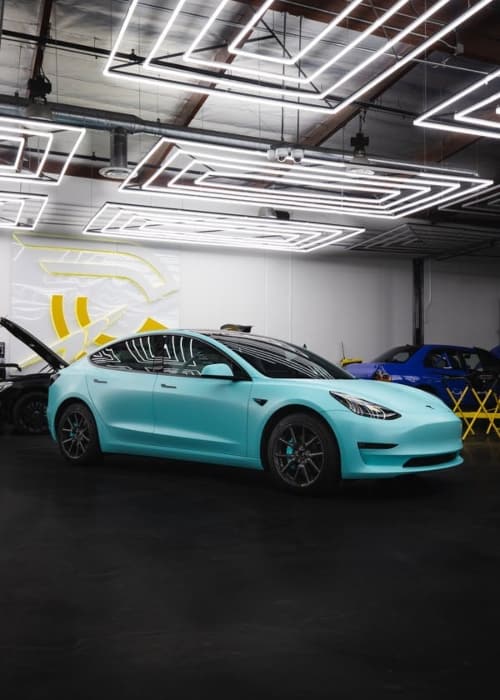 A blue Tesla model 3 in a showroom

The new kid on the block, Tesla is an American car manufacturer that specializes in electric vehicles. Its popularity has been on the rise in recent years and has seen the brand surface through the ranks.

Tesla’s cybertruck is still in production and has yet to be released. However, the company claims it will have a curb weight of over 5,000 pounds and up to 6,500. Pretty hefty for an electric car. 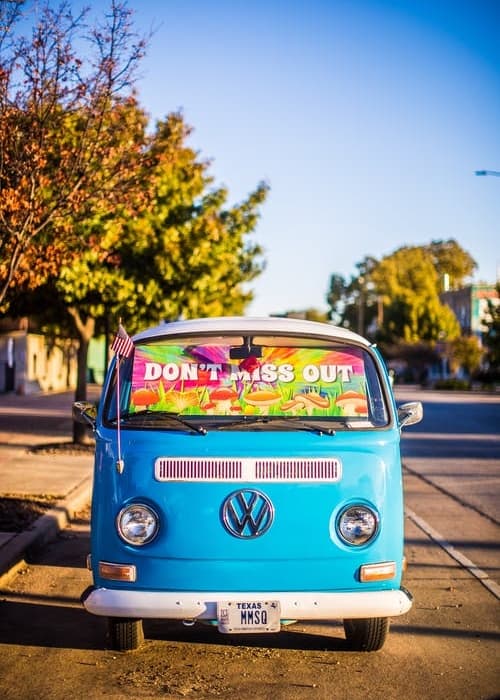 A blue Volkswagen Beetle parked by the roadside

Nothing screams German engineering like Volkswagen. The company has a long history and continues to produce quality vehicles.

Some of its most popular models include the Jetta, Passat, and Tiguan. The average curb weight of a Volkswagen Jetta is 2,965 pounds. The Passat weighs in at 3,314 pounds while the Tiguan SUV has a curb weight of between 3757 and 3847 pounds.

Finally, we have Jeep. The American manufacturer is known for its off-road capabilities and has a wide range of SUV models. Its most popular models include the Wrangler, Grand Cherokee, and Compass.

What Are The Heaviest and Lightest Cars Today?

The lightest car on the market today is the Smart ForTwo. It weighs in at a mere 1,650 pounds. Closely following behind is the Mitsubishi Mirage at 2,095 pounds.

On the other side of the spectrum, the heaviest car available today is the Ford F450 Super Duty Crew Cab. It tips the scales at a whopping 8,587 lbs. The Soviet-built Zil-41047 limousine is closely behind at 7,352 pounds. While these are the extremes, the average weight of a car today is around 3,500 pounds. This number has been steadily increasing over the years as vehicles have become bigger and more equipped with luxury features.

How Do You Know The Weight Of Your Car?

There are a few different ways of finding out how much your car weighs.

Perhaps the most accurate way would be to take it to a weigh station and have it weighed on commercial-grade scales. This is the method used by manufacturers to obtain curb weight figures.

But, unless you’re a truck driver or have some other reason to visit a weigh station regularly, this probably isn’t realistic.

2. Doorsill on Driver’s Side

A more realistic and easy method is to look for your car’s weight  on the driver’s side doorsill.

Most cars will have this information stamped into the metal somewhere on the sill.  Open the driver’s door and look for the certification label. It will be located on the doorjamb, usually on the B-pillar. The weight of your car should be listed in kilograms or pounds.

For some cars, the doorsill might only have one weight listed. This is the Curb Weight and is the weight of the car with all standard equipment and fluids, but no passengers or cargo.

If there are two weights listed, the first is the Curb Weight and the second is the Gross Vehicle Weight Rating (GVWR). The GVWR is the maximum weight the car can be, including passengers, cargo, and fluids.

Every car has a unique VIN (Vehicle Identification Number) that can be used to look up information about the vehicle.

You can find your car’s VIN on the dashboard, just to the left of the steering wheel. It should be visible through the windshield.

You can also find it on the driver’s side door jamb, usually on the B-pillar. If you can’t find it in either of these places, check the owner’s manual.

Once you have the VIN, you can use a VIN Decoder to look up the weight of your car. VIN decoders are available for free online. Just enter your car’s VIN and the decoder will return a report with information about your car, including the curb weight.

The car manual is another place you can look for your car’s weight. Usually, it will be in the “Technical Data” or “Specifications” section near the back of the book.  If you can’t find it there, try looking in the index under “weight” or “curb weight.”

If you can’t find the weight of your car in any of the above places, your last resort is to contact the manufacturer. They should be able to tell you what the Curb Weight and GVWR of your car are.

You’ll need to provide them with a few details of your vehicle including its make, model, year, and possibly its VIN (Vehicle Identification Number).

There are a few different types of weight associated with cars. Here are the most common:

The Curb Weight is the weight of the car with all standard equipment and fluids, but no passengers or cargo.

The GVWR is the maximum weight the car can be, including passengers, cargo, and fluids.

The Gross Vehicle Weight is the actual weight of the car at any given moment, including passengers, cargo, and fluids.

The Gross Axle Weight Rating is the maximum weight that can be carried by each axle. This is usually listed for the front and rear axles separately.

The Maximum Load Trailer Weight is the maximum weight of a trailer that can be safely towed by the car.

The Payload Capacity is the maximum weight of cargo that can be safely carried by the vehicle.

The Towing Capacity is the maximum weight that can be safely towed by the vehicle.

The Gross Combined Weight Rating is the maximum weight of the car and trailer combined.

It is important to know the weight of your car. It can affect everything from fuel economy to towing capacity. Also, be sure to familiarize yourself with the different types of weight associated with cars so you can make sure you’re not exceeding any limits.

Now that you know how much your car weighs, you can start making decisions about how to use that information to improve your driving experience! 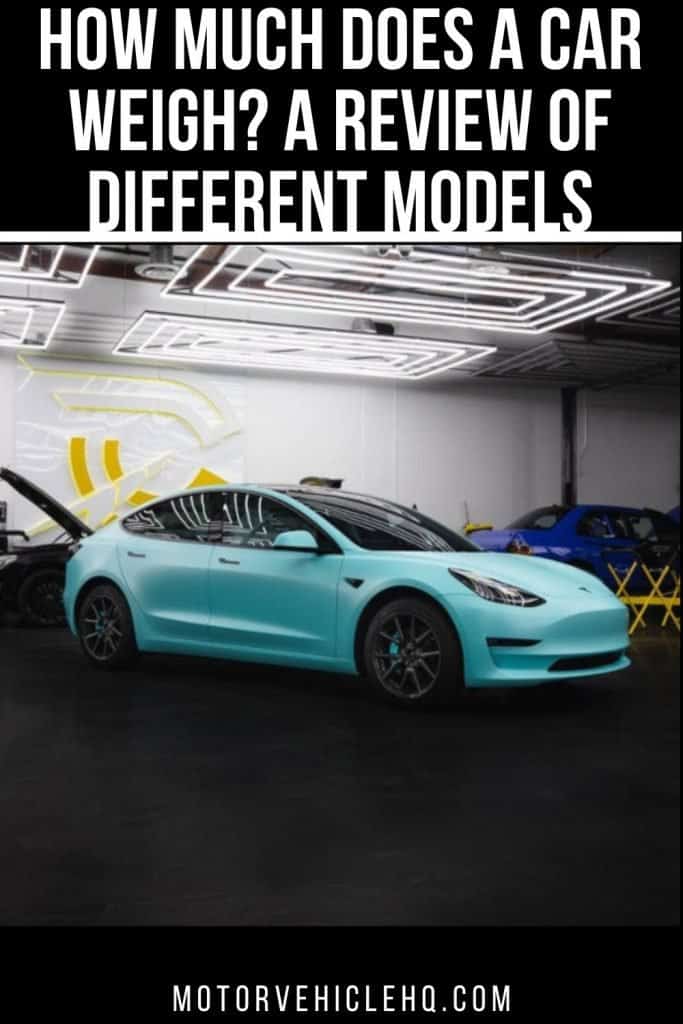 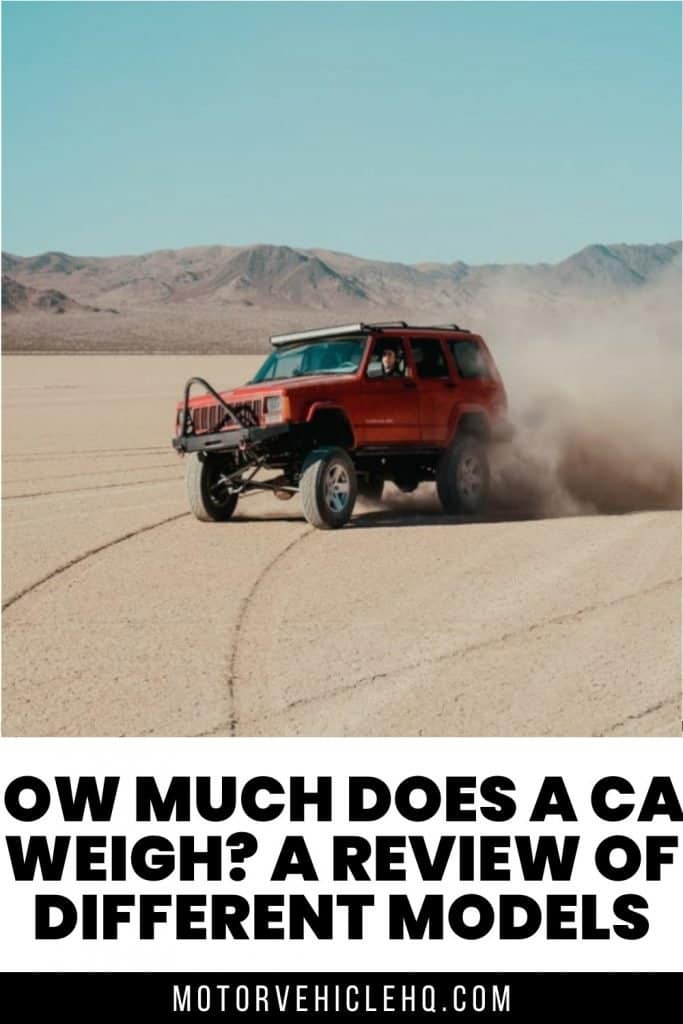