Have you ever had your car give out on you at a crucial time? It is never a pleasant experience, especially when it involves your car engine and its components. Buying a new engine or rebuilding your faulty one is very often difficult as engine rebuild cost is not a one-size-fits-all, making estimation tricky. This is an educational guide to help you determine when a rebuild is necessary and the factors that play a deciding role in the cost. 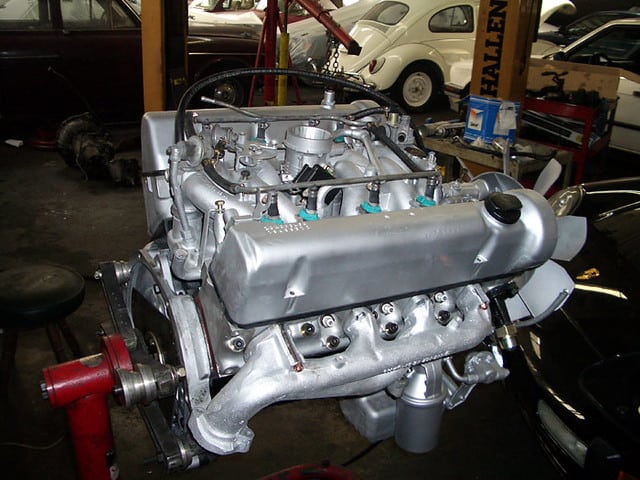 For labor, most auto shops charge between $50 to $100 per hour, and the completion of an engine rebuild takes 10 to 25 hours when parts are readily available. This brings the total labor cost to between $500 to $2500.  With respect to these figures, the cost of rebuilding an engine typically ranges from $2,500 to $4,500.

Many factors affect the cost of an engine rebuild, from the make and model of the vehicle, replacement parts, and in some cases, the location it takes place. For example, mass-produced parts like gaskets will be easier to locate and cheaper to purchase as opposed to crankshaft position sensors that you have to sometimes place an order for, making it more expensive. These factors are discussed in detail below.

The make of your car is one of the main factors that affect the cost of rebuilding the engine. For example, an old Volkswagen air-cooled engine can be rebuilt optimally for around $300 to $400, as opposed to a Hyundai engine that can be restored to performance specifications for about $300 to $800. 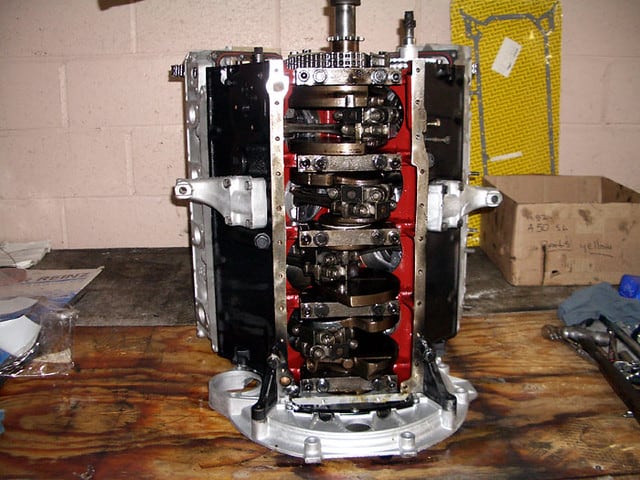 This is also the case with models of the same make. For instance, it costs about $700 to $800 to replace the crankshaft and piston of a 2021 Toyota Camry while the Corolla equivalent costs about $400 to $500.

The price of a rebuild in a specialized auto shop will be far less than one done in a dealership. Also, it is more expensive to have your engine rebuilt in a major city than in the country. 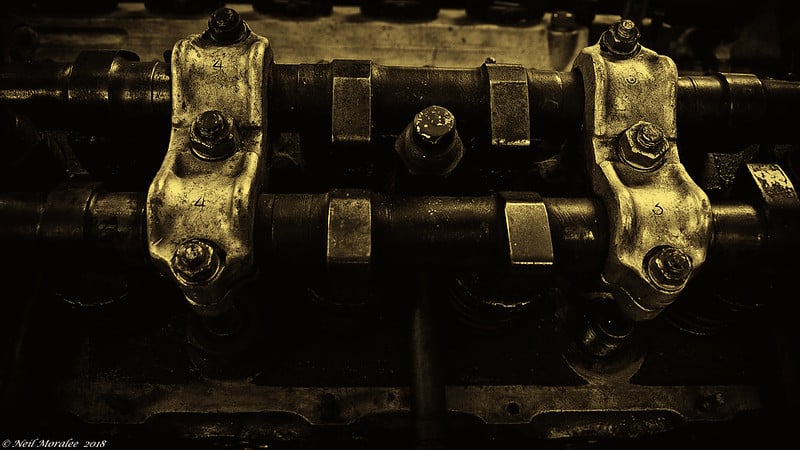 The availability of parts also directly impacts cost, as the more common a part is, the cheaper it will be. For a simple rebuild, only bearings and seals will need replacements to enable the engine to function optimally and this ranges from $100 to $800, but a complex rebuild like replacing a damaged camshaft would cost about $1500 to $3000.

Does Rebuilding An Engine Make It New?

No, rebuilding does not make an engine new. This is because not every part of the engine would be replaced as that would be costly and make the repairs not worth the expense when compared to replacing the engine.

Still, rebuilt engines can last as long as new ones, making it a good choice if you are looking to save money on replacement.

Is It Cheaper To Rebuild Or Purchase A New Engine?

It is less costly to rebuild an engine than it is to purchase a new one. New factory engines typically cost thousands of dollars. On average, it costs about $4,000 to $5,000 to get a four-cylinder engine replaced. For a V6 engine, $5,500 is the average cost, and $7,000 for a V8 engine. However, the price is more likely to increase depending on the car brand and the complexity of the engine. A powerful high-performance engine could be as high as $10,000.

The most common causes of engine problems include:

The oil pump takes oil from the oil pan and forces it around oilways in the engine before the oil pours back into the sump and recirculates. If the oil pump fails, this process is halted and the engine is deprived of lubrication.

To avoid this, ensure the viscosity of the engine oil you use in your engine is not altered. This makes it light enough to flow through the pump quickly.

The moving parts of your engine require sufficient oil between them to ensure optimal working conditions. Poor lubrication causes friction in the engine, which can lead to overheating. Regularly change your oil to keep the quantity at an acceptable level during servicing. 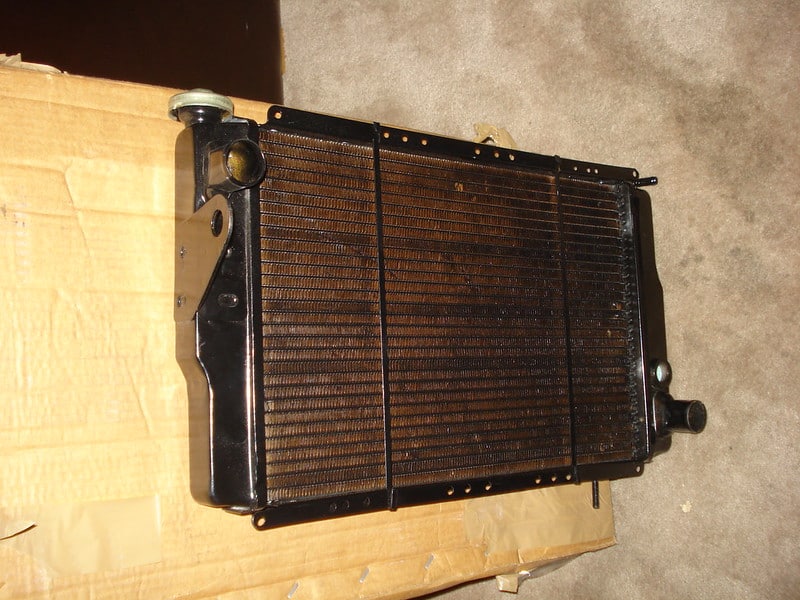 The radiator’s work is to transfer heat from the fluid inside the engine to the air outside to cool the fluid, which in turn cools the engine. It is essential to always use clean engine coolant to avoid filling your engine’s radiators with unwanted debris.

The oxygen sensor monitors the amount of oxygen in the exhaust gas of your car as it leaves and sends that information to the engine computer, which adjusts the air-to-fuel ratio accordingly. If the sensor fails to do this, your engine is at risk of sudden shutdown.

When Should You Consider An Engine Rebuild? 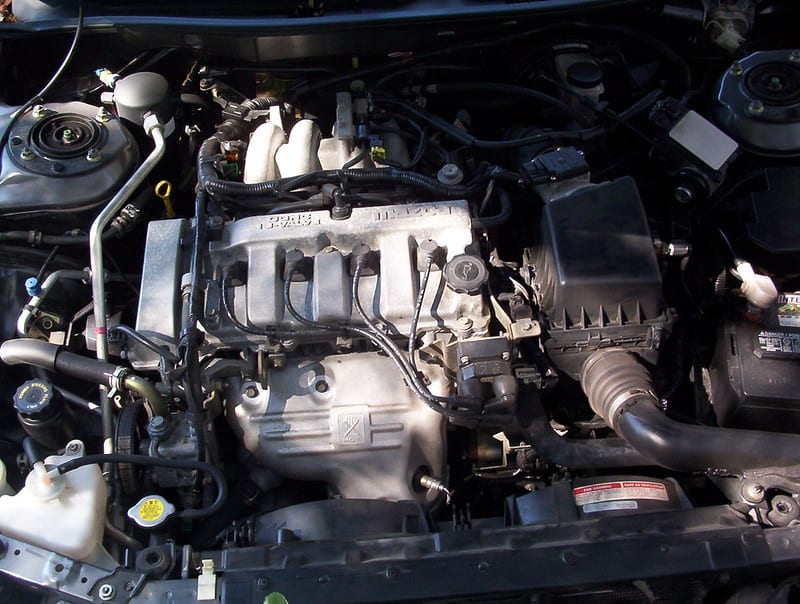 An engine works by combining fuel, air, and spark to produce a series of small, controlled explosions. These explosions are contained within the cylinders of your vehicle’s engine, and a piston in the cylinder is driven up and down each time the explosion occurs. These pistons are connected to a crankshaft, which is successively connected to the vehicle’s transmission and then to the rest of your drivetrain.

This process is repeated several times a minute while your car is running, with various engine components working together to keep your vehicle on the road; should any of these components fail, it can damage your engine.

These damages are accompanied by signs, and these are what you have to put an eye out for to ensure your engine needs rebuilding. 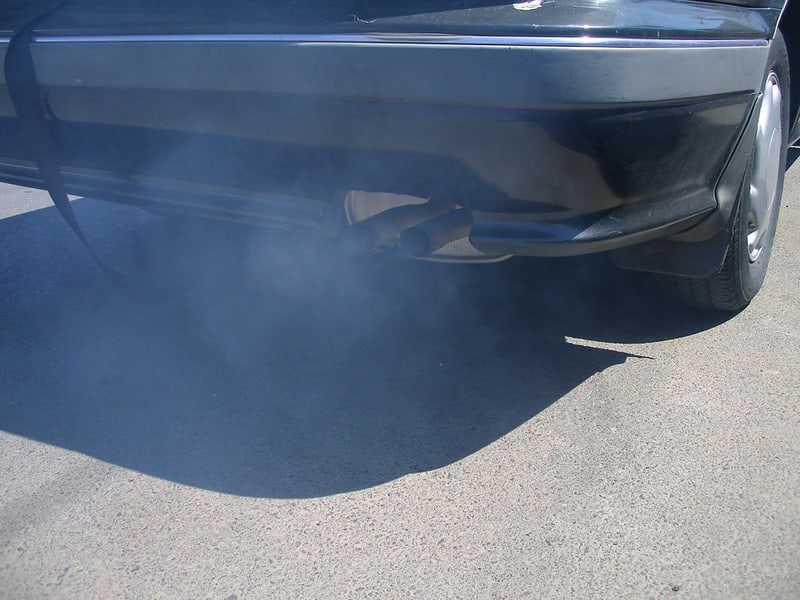 Most times, people do not usually pay attention to the smoke coming out of their exhaust hence shortening the lifespan and efficiency of their vehicle. If your car is producing black or blue smoke, it could mean the oil has found its way into the combustion chamber of your engine. If the smoke is white, it could signify that the coolant has lodged in a similar location. There are various reasons this could happen but in extreme cases, it can be attributed to damaged piston rings or a cracked engine block.

Compression loss is any leak in one or more engine cylinders due to engine wear and tear. This severely reduces your engine power output and can result in poor performance. Ultimately, a hole in the piston, worn-out camshaft, and even faulty valve springs lead to compression loss.

Unusual Sounds from the Engine

Unusual sounds like knocking, grinding, or clattering when idling or accelerating, are severe causes for concern. A knocking sound is sometimes indicative of faults like broken parts, excess carbon deposits, or a broken timing chain in the mechanical part of your engine. Grinding indicates worn-out bearings while clattering sounds may indicate piston slap (the rocking of the piston in the cylinder) due to belt breakage.

A faulty engine could be shown on the dashboard before it reaches a critical point. Your car’s primary computer, the powertrain control module (PCM), triggers a low engine power mode when it detects a fault. The indicator may light up in most cases to alert the driver that an underlying condition has been observed in the engine.

There are instances where your car does not move as it usually does when accelerating or shuts down on you before turning back on. This could mean your engine is not providing the power your vehicle requires. Any problem with the throttle actuator (TAC) system could cause the engine’s power to reduce as this system includes the motors that move the throttle plate. Other problems like low fuel pressure or reduced volume could also play a factor in causing low engine power.

Repulsive Smell from the engine

Symptoms of a faulty engine are preceded by a foul smell that finds its way into your car in most cases. This causes an unpleasant road experience and health issues in extreme cases. When this happens, visit a mechanic to get a diagnosis.

Engine Not Turning Over Smoothly

When your engine does not turn over smoothly, it simply means there is usually a problem when you try to start your vehicle and it may be a sign for an engine rebuild. When you start an automobile by twisting the key or pressing a button, the battery transfers electricity to the starter motor, which tells the crankshaft to turn. 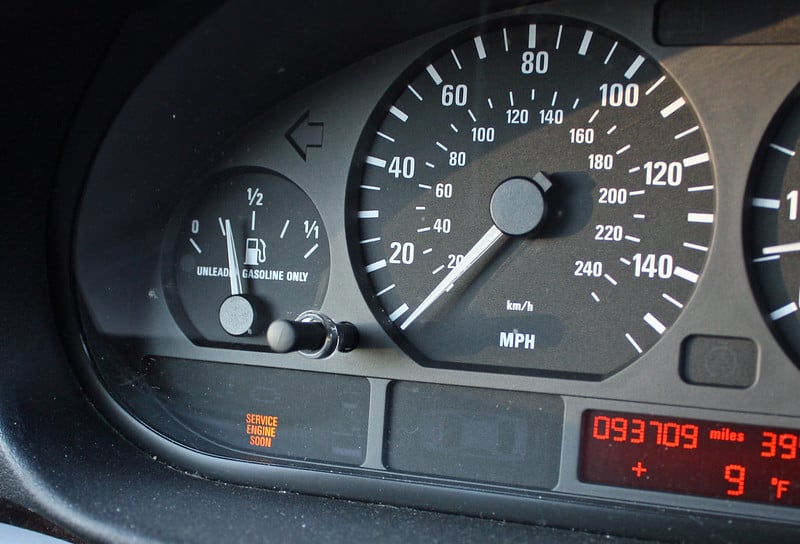 When the engine won’t turn over, it indicates the crankshaft isn’t turning, and the other components can’t move to start the car. If this happens regularly, you are looking at a severe issue that may involve an engine rebuild. Changing the damaged kick starter or getting a new and improved battery usually rectifies this issue. An engine rebuild is advised when the problem persists after replacing these components.

Oil sludge is a by-product of polluted engine oil that develops when moisture and high heat are applied. It has a semi-solid consistency and can cause clogging in the filters, oil passageways, and the oil pickup screen due to accumulation. This may lead to other parts of the car failing due to the blockage. Generally, oil sludge buildup is dangerous because it directly impacts the car engine. Oil sludge, when overlooked for an extended period, can be catastrophic for the engine, prompting an engine rebuild.

Coolant and oil mixture indicates a significant internal problem that requires time to diagnose and fix. A cracked cylinder head, a damaged head gasket due to overheating, or a crack in the engine block are some of the issues that could lead to this.

Processes Involved in an Engine Rebuild

In the first stage of an engine rebuild process, the engine head is removed, or the whole engine is brought down, exposing the engine bay. This is followed by extensive research to ascertain both the work needed to be done and the specifications of the model of your vehicle. This is because the prices of parts widely vary from one model to the other.

After this, the engine is disassembled so the automotive mechanics can evaluate each part to determine reusability. Then the parts that need to be replaced are gotten, and the mechanics put together the components before placing them back in the vehicle. Sometimes, extra work like machining might be required, and parts are sent to a specialist to tend to; this causes the rebuild cost to jump. Additionally, it is critical to note that the duration of an engine rebuild varies vastly on the availability of the components needed to be changed.

Benefits of an Engine Rebuild

While a rebuild will not necessarily make an engine new, it lengthens the service life of your vehicle. Also, you can rest easy knowing your engine will be rebuilt with the same ECU (the program installed in your car to communicate with the engine) and electrical system. This will ensure the compatibility and connectivity between your vehicle and its engine is maintained.

It is always best to pay attention to your vehicle and carry out proper maintenance to avoid engine breakdown even when a rebuild is an option. Changing your oil regularly, listening closely to your engine sounds so as to easily detect changes, and replacing oil filters when necessary, are some ways you can ensure the longevity of your engine and if a breakdown happens, an engine rebuild would still significantly be less than what you would have to pay to purchase a new engine. 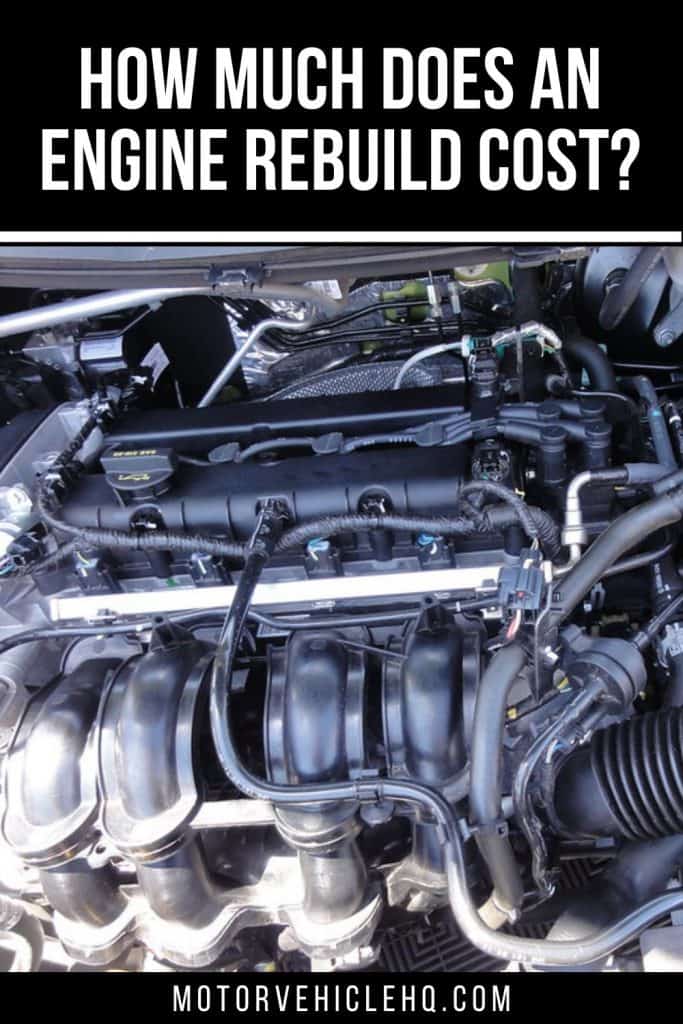 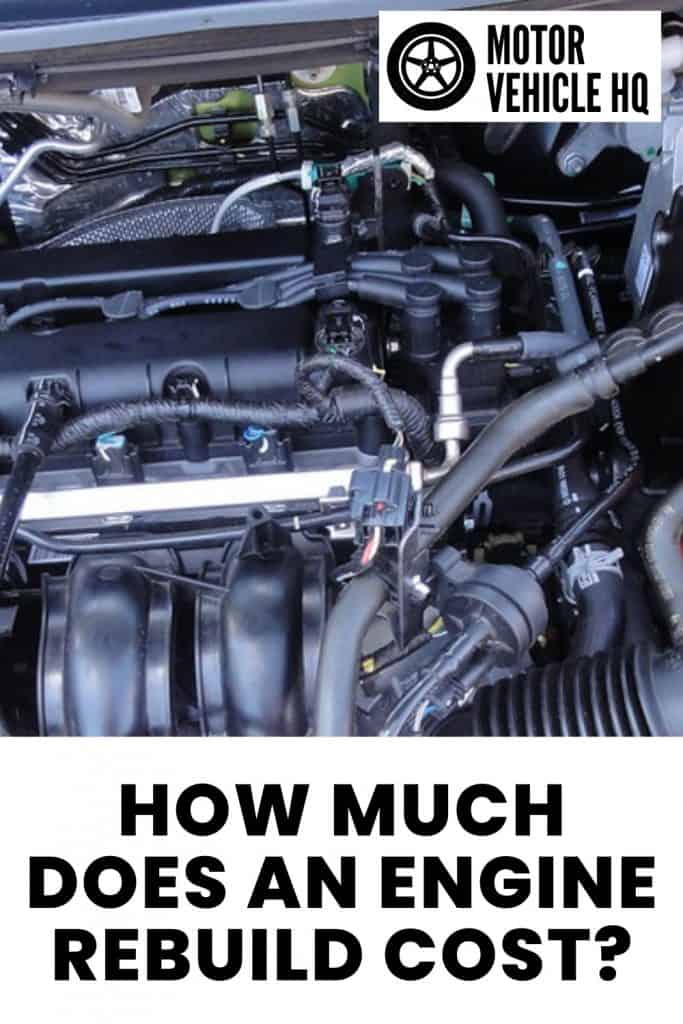