Engine misfire is a common problem that affects modern gas engines. It occurs when an engine cylinder loses the ability to efficiently burn the air/fuel mixture in the combustion chamber. This problem, if left untreated, will lead to all kinds of engine performance issues.

Unfortunately, there are many potential causes of an engine misfire, and there is no one-size-fits-all solution. If your car is experiencing an engine misfire, it is best to let a professional diagnose it to figure out the root cause. Nevertheless, it is worth knowing by yourself what an engine misfire feels like so that you can identify the problem more quickly.

An engine misfire can happen at any time regardless of whether your vehicle is in motion or idle. Identifying what an engine misfire feels like largely depends on what is causing it. Early detection is critical to ensure easier diagnosis and faster resolution.

Before you begin diagnosing the problem, find out as much as you can about the operating conditions surrounding the misfire. The information you glean gives you substantive clues that will enable you narrow down the root cause of the misfire. Ponder over the conditions in which the engine misfire occurs, for example:

A misfire typically occurs when ONE or more of the following stages is incorrect or missing:

Once you’re able to gain an understanding of these triggers, finding the root cause of your engine misfires will become a lot easier.

In theory, there aren’t many factors responsible for an engine misfire. However, once you begin to diagnose your car, you will find out that identifying the exact cause of the problem may not be as easy as it seems.

5 Common Symptoms of an Engine Misfire

Engine misfires can be correctly diagnosed if you know when and how to detect them. Below are five main symptoms of engine misfires that you should know:

A rough acceleration is a clear sign that your engine is misfiring. It usually happens when you suddenly feel a light or strong vibration coming from the engine while it is in motion. It can also happen when one or more cylinders isn’t firing properly, and you begin to feel the engine losing power even while you’re on high gears, low RPM and accelerating hard. 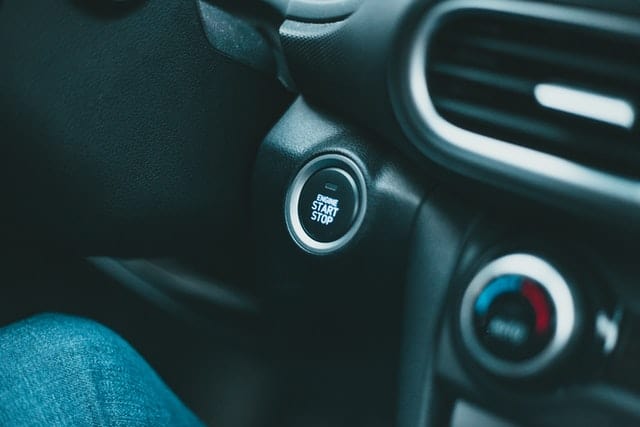 Sometimes when you experience difficulty starting up your engine and your engine sensors are getting faulty values, it may be because of an engine misfire. Instances where an engine misfires on idle are usually triggered by disruptions in the air/fuel mixture. If the air/fuel mixture gets messed up, it can causes a very uneven idle that could jump up and down, and the engine may also shut off on idle. Car engines are susceptible to minor air-fuel mixture problems at idle and are likely the first place you will notice signs of a misfire.

When you notice an unusual amount of smoke from your tailpipe, it could also indicate an engine misfire. Black, sooty smoke indicates a rich air-fuel mixture or buildup of carbon. Blue-tinged smoke indicates burning oil, while white and sweet-smelling smoke is indicative of a coolant leakage. Although several other issues can be attributed to this particular symptom, engine misfires are the most likely culprit. 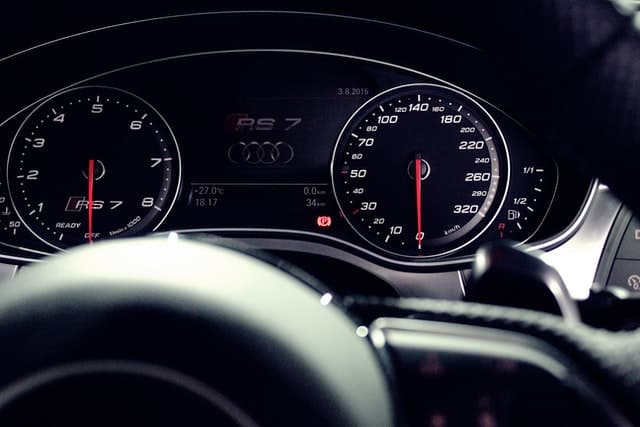 Modern cars are equipped with all kinds of sensors for monitoring the car’s engine. The “check engine light” is a common feature that lights up when one sensor has failed or when a sensor notices a problem with the engine. When there’s an engine misfire, the engine control unit (ECU) receives data about the problem and triggers the check engine light to notify you that something is wrong. The ECU stores a trouble code on the cylinder on which the engine misfired, which can be verified using a diagnostic scanner. 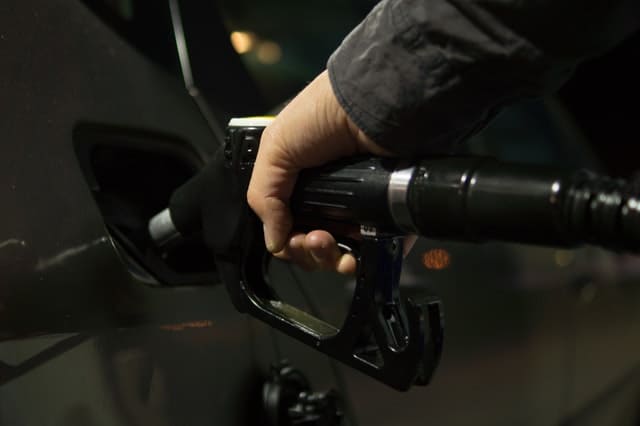 Engine misfiring is one of the common causes of excessive fuel consumption. An engine misfire is likely to occur when any of the three components – the fuel, the oxygen, or the spark is not working correctly. Whenever you notice an unusual increase in the fuel consumption rate, it is likely due to a disruption in the combustion process. Ignoring it will inevitably lead to bigger problems; it is therefore recommended that you have a professional inspect it right away.

5 Common Causes of Engine Misfire and How to prevent it 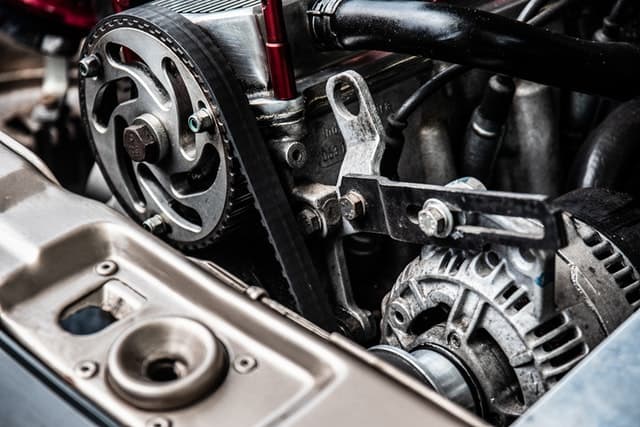 Finding the cause of an engine misfire is the first step to resolving it and, if possible, preventing it from happening (again). Most modern cars require you to start by checking for trouble codes in the onboard diagnostics system with a scan tool.

Since there are a lot of moving parts in a vehicle’s engine, you should also keep an eye out for mechanical issues. Cracks can trigger a vacuum leak, the chain may get displaced or the timing belt may slip, all of which can affect the timing of the valves opening and closing.

Carbon accumulation around the valve seats of the cylinders can stop them from closing completely. A deteriorating EGR valve could stick which would cause exhaust gases to seep back into the intake manifold or allow the air/fuel mixture to escape before getting fired up.

There are many likely causes of an engine misfire, but here are some of the more common causes you are likely to find and how you can prevent them.

If you use an older car, chances are you have a distributor and an ignition coil as well. Wear and tear on ignition components may not be visible at first, but as they deteriorate you will sooner or later feel the effects as the combustion process is interrupted completely.

To prevent an engine misfire due to faulty ignition coil, unplug each coil on the sparkplug (if you have separated spark plugs) to confirm if any cylinders are not working. If you find a faulty coil, get a replacement or have a trouble code stored for one ignition coil. 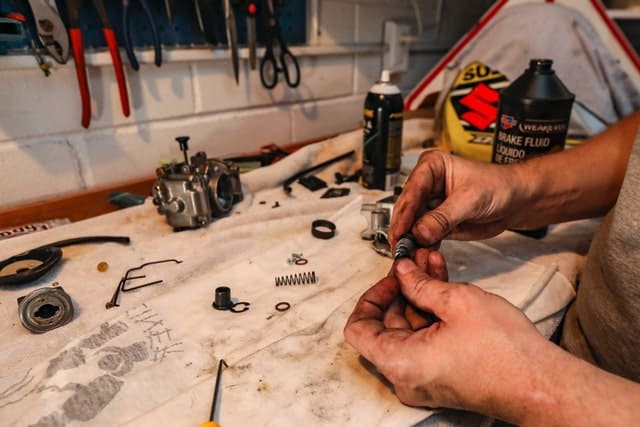 Bad spark plugs are the second most common cause of an engine misfire. Spark plugs help fire up your cylinders and they need to be replaced often because electrodes would wear out, deposits would accumulate on the electrodes or ceramic insulations would crack.

When you experience an engine misfire, check to see if the spark plugs are still functioning properly. Spark plugs are historically known to last 12,000 miles or less, but modern electronic ignition systems with computerized engine controls and plugs that incorporate platinum and iridium electrodes, have made it possible for spark plugs to last for more than 100,000 miles.

Intake leaks near the cylinder heads are also quite prevalent when it comes to spark plugs. This problem occurred much more frequently in older cars that didn’t have steel gaskets for the intake.

To prevent this problem, always do a check-up on your spark plugs from time to time. If you can’t remember the last time you replaced your spark plugs, maybe it is time for you to replace them. Finding a replacement for your spark plugs is usually very easy, and they are often very cheap. 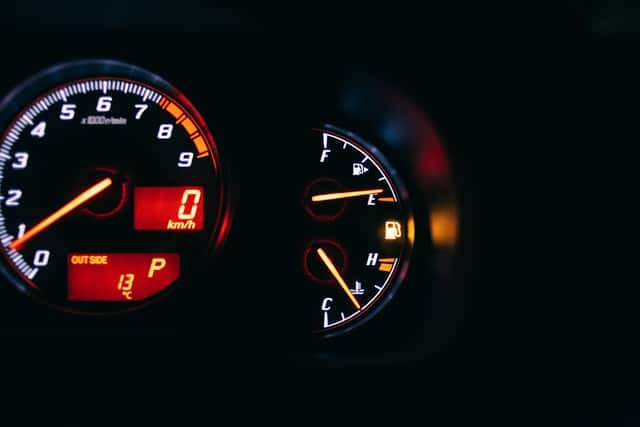 Another primary cause of engine misfires is low fuel pressure or air/fuel delivery problems. An engine cylinder misfires when it no longer has the ability to efficiently burn the air/fuel mixture in the combustion chamber.

A tank of “bad gas” (wrong octane or old gasoline) can cause a misfire. Several other car sensors can also be responsible for a faulty air-fuel mixture such as the MAF sensor, Coolant Temperature sensor, O2 Sensor, and so on.

Weak or dirty fuel injectors can restrict the flow of fuel into the cylinder which can result in an incorrect air/fuel ratio. You can prevent air and fuel delivery problems by checking your fuel pressure if you have trouble codes for misfires on all cylinders.

Although a faulty fuel injector isn’t a common problem on newer cars, it used to be one of the significant causes of engine misfires half a decade ago. Injection problems can also be pretty tough to diagnose when flow testing them, but sometimes it could mean the injector is clogged.

A fuel injector can get clogged from dirt or carbon, or fail for some other reason. When a fuel injector is no longer able to deliver fuel, it means the combustion chamber has only air in it, and this situation can lead to an engine misfire.

To prevent an engine misfire due to a faulty fuel injector, you will need to unclog the injectors by removing them from the engine. You can choose to clean them yourself or drop them off at a professional injector cleaning service. 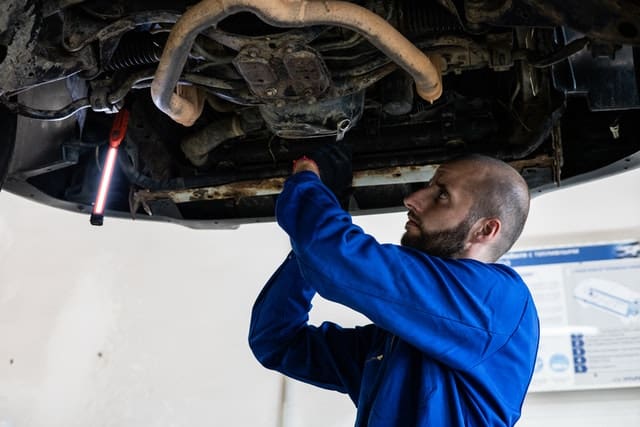 An engine misfire could also be caused by your engine having low compression or some other damage inside your engine. Although this may be a worst-case scenario, it is still a likely cause and shouldn’t be ignored.

You may notice that your engine runs rough, or there’s a hesitation upon acceleration and an overall lack of power. These are clear signs of low compression and should be treated quickly, in the shortest time possible.

Low compression can also be caused by a faulty timing belt, wrong camshaft timing, worn or damaged head gasket, faulty hydraulic lifter, and a host of other causes, all of which may result in an engine misfire. To prevent a low compression, find out if the timing belt was replaced recently and double-check to see if it was installed correctly.

Problems with the ignition system, emissions system, fuel system, and overall engine health, may lead to misfire. Misfires shouldn’t be ignored even if they are not consistent because they are a clear sign that something needs to be fixed or replaced. Left unchecked, an engine misfire can easily snowball into bigger problems that can be very costly. 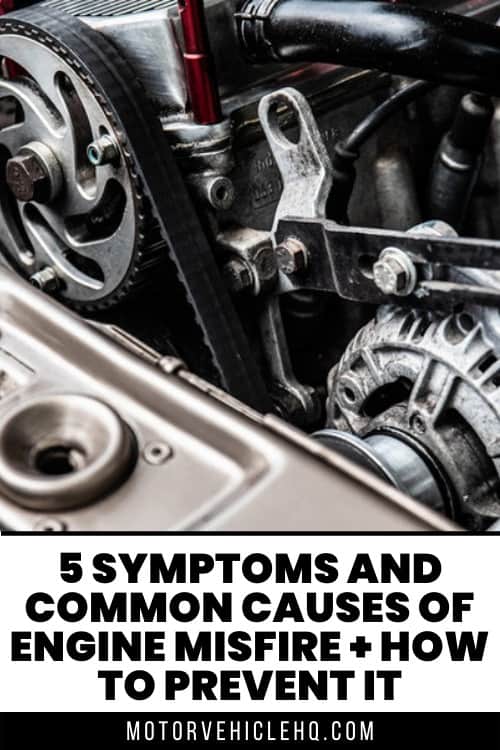 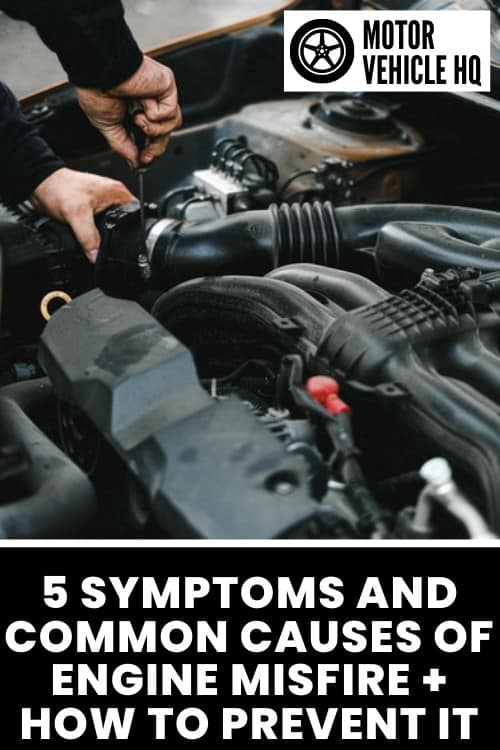