A car is made up of several systems working in unison to make hitch-free movement possible day in and day out. These systems are composed of several mechanical and electrical components, and damage to one, can keep your vehicle off the road if overlooked. One such component is the Camshaft Position Sensor.

In this article, we will explore the functions and symptoms of a faulty Camshaft Position Sensor to enable you to accurately diagnose your car with a starter problem.

What is a Camshaft Position (CMP) Sensor? 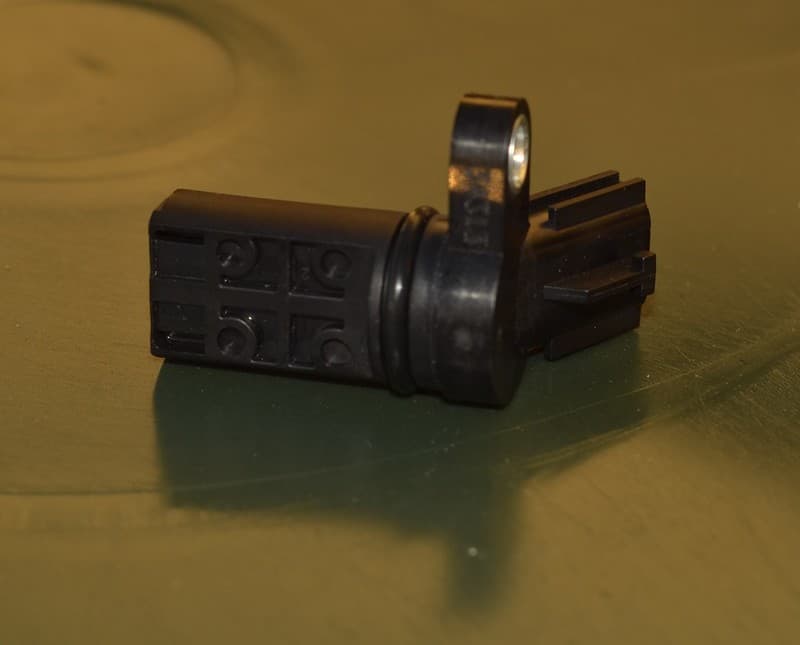 As the name suggests, a camshaft Position Sensor is a sensor that enables the control engine to determine the exact position of a camshaft. Depending on the design of your engine, the camshaft position sensor could be located on the engine block or the cylinder head. It is also called a phase detector or cylinder identification sensor.

A camshaft is a rotating object usually made of metal that operates the valves of your internal combustion engine.

The camshaft sensor constantly functions when driving your car or when the engine is running. Due to this, it can become defective over time. Aside from oil leaks and cracks causing damage, the ring gear may also wear out and interfere with the readings.

What are the types of CMP sensors?

Camshaft Position Sensors typically consist of three types. These are:

This type of sensor has a transistor and some electronics built into the sensor. The sensor requires power supply to function. Because of this, the hall effect sensor has at least three wires.

Optical sensors work on fixing the reception and interruption of the photocell emitted by the source.

Of the three types of sensors, the most common ones used in recent vehicles are the magnetic and Hall Effect Sensors.

The function of the Camshaft Position Sensor

We must understand the core tasks of the Camshaft Position sensor in the daily operation of our vehicle in order to fully comprehend how vital they are. Its functions include: 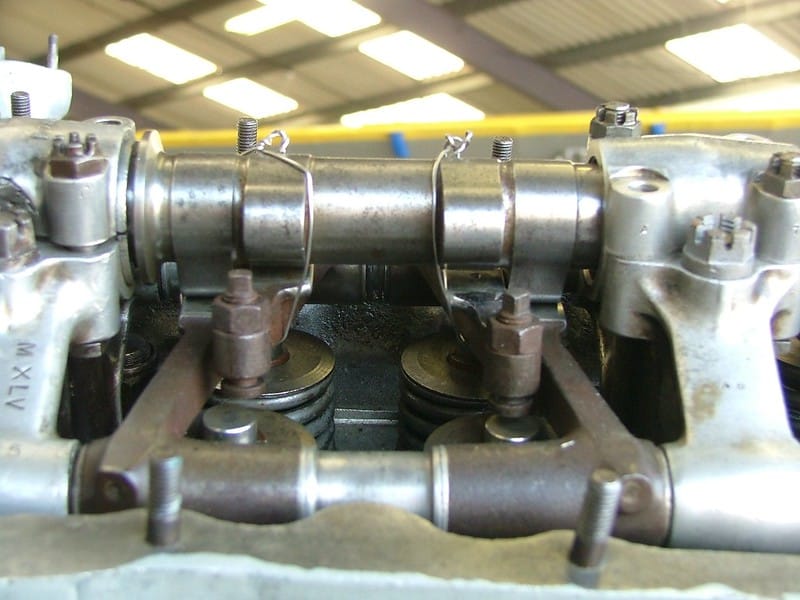 Camshaft by Les Chatfield / CC BY 2.0

The camshaft sensor (Hall Effect Sensor in this case) works by scanning the ring gear on the camshaft. The constant rotation of this ring gear then changes the Hall Voltage (related to the Hall Principle mentioned above) in the head of the sensor. This voltage change is moved to the Control Unit and assessed to get the required data.

Your car will not instantly stop working if there is a problem with your Camshaft Position Sensor. However, over time, the overall performance will worsen. Below are the indications to look out for when you want to check if your sensor is no longer functioning as it should. They appear either together or individually.

Presence of the Check Engine Light

Diagnosing this issue with a professional takes roughly $75, while the cost of an OBD2 scanner is between $25 and $200.

An instance where the engine abruptly stops working and your car slowly loses power steering and power braking is a more indicative sign of a faulty Camshaft Position Sensor. Other reasons this happens could be a result of insufficient fuel entering the combustion chamber, electric spark, and so on.

Unfortunately, a stalled engine can happen anytime and anywhere (including when you’re on the Highway). The first thing you’ll want to do when your engine stalls is to keep calm. You should then turn on your hazard light and pull to the shoulder of the road. Restart the engine, shift into gear and slowly drive away (with the hazard lights still turned on). 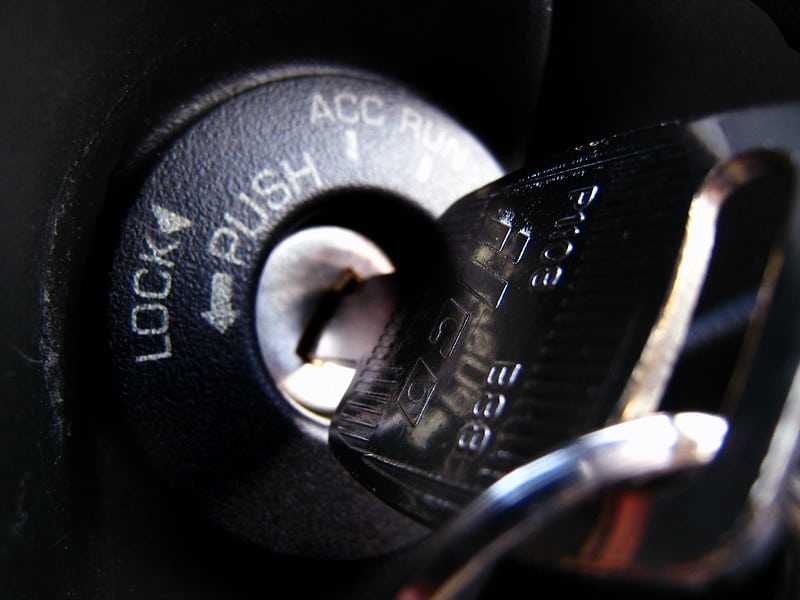 Ignition problems usually go hand in hand with a stalled engine. Because your Camshaft Sensor isn’t working as it should, the engine will have difficulty coming on. However, when it comes on, it can lose power randomly, making your car shake and surge forward unnecessarily.

Other reasons your car is having a hard time coming on include a faulty starter, dead battery, or blocked fuel filter, amongst other things.

A reduction in the engine power can come in two ways: limp mode, or a situation where the car moves roughly, like vibrations when accelerating (similar to number 3) but does not send any message or show a light on your car’s dashboard.

Limp mode is a feature in cars that automatically activates the moment the Transmission Control Unit notices a fault. Limp Mode turns off less important features like the Air Conditioning and Speakers. Simultaneously, more important features – like your car’s speed – are significantly reduced.

All of these are caused by ineffective combustion and misfires happening in the engine’s cylinders.

Engine Misfires happen when the combustion reaction does not work as it should normally. These misfires can occur when you turn on your engine and when it starts idling. When engine misfires happen, they make your engine lose speed. For example, if one of your (four) cylinders misfires, your car engine will experience a 25% loss of power. Although the prices vary, the cost of one new cylinder is a minimum of $500. With the parts and labor cost, it can easily exceed $1,000, almost reaching $2,000.

Idling is a state of physical rest for your car where the engine is running. Idling occurs in different scenarios. For instance, drivers might have no choice but to ‘idle’ in a traffic jam. Idling also happens when you run your car engine to warm up your battery in cold weather. However, in most situations, idling is unnecessary and harmful to our health and the natural environment because of its accompanying carbon emissions.

Rough idling, on the other hand, occurs when your car’s Revolution Per Minute (RPM) falls below 600 revolutions. 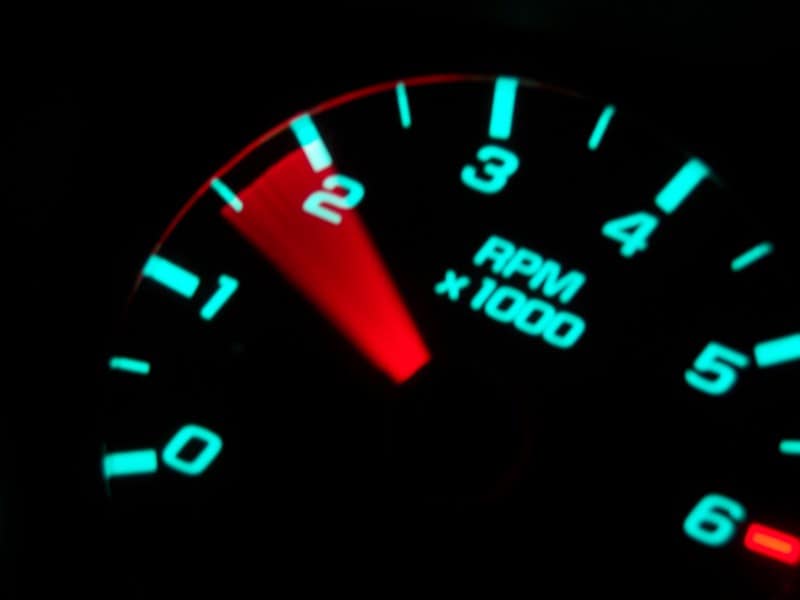 The RPM of a healthy vehicle is about 1,000 revolutions. When your car’s RPM is 600 revolutions and lower, it makes your car jumble, making you uncomfortable.

When the Camshaft Position Sensor is faulty, rough idle occurs due to diachronic combustion happening in the cylinders.

Certain car models with a defective Camshaft Position Sensor develop a locked transmission that keeps your car stuck in one gear. It gets so severe that the only way to change this gear is to turn off your car engine, wait for a few minutes then turn it on again. 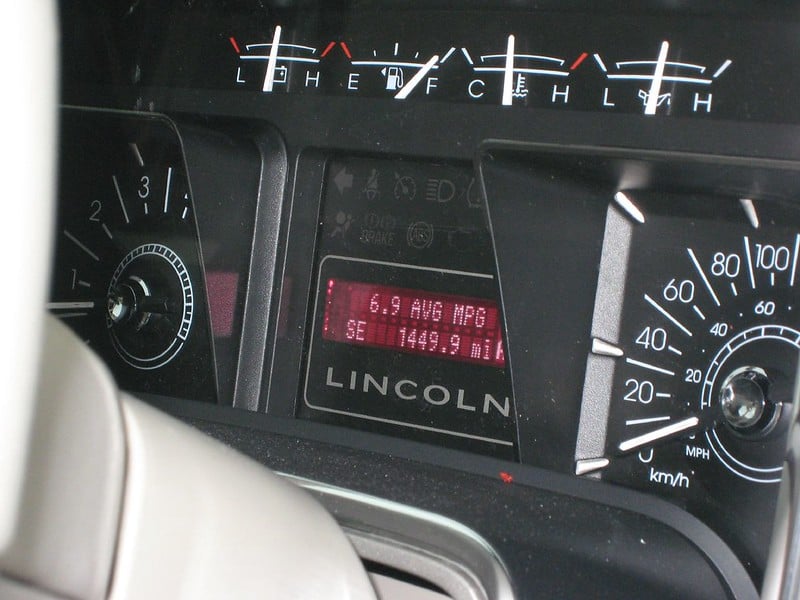 Because the Camshaft provides flawed information to the Engine Control Unit (ECU), an inappropriate amount of fuel may be let into the Combustion Chamber. If this happens, combustion will also occur at a time not up to the required standard, causing more unburnt fuel and terrible gas mileage. Other than a faulty Camshaft Position Sensor, other causes for poor gas mileage include worn-out piston rings, clogged fuel filters, old engine oil, poor wheel alignment, and so on.

As a result of a faulty Camshaft Sensor, the fuel injection timing becomes inaccurate. If this injection takes longer than necessary, excess fuel will be released into the chamber, which will be wasted. On the other hand, if the injection timing happens before the appropriate moment, it causes an insufficient amount of fuel in the chamber. Excessive fuel in the chamber can lead to severe damage like your engine knocking because fumes from your fuel do not compress like air.

A faulty camshaft position sensor can cause fuel to build up in your car’s chamber. When this happens, the excessive fuel can make its way out of your exhaust, causing the smell of gas.

How Does a Camshaft Position Sensor Go Bad?

There are many reasons why your car’s Camshaft Position Sensor becomes defective. Some of these reasons include:

Other causes of a defective Camshaft Position Sensor include the damage done by water, internal short circuits, break in the encoder wheel, obstruction in connection with the Control Unit, oil in the engine, and overheating.

Am I Safe if I Drive with a faulty Camshaft Position Sensor?

To a certain degree, yes, you are safe if you decide to drive with a faulty Camshaft Position Sensor. However, the performance of your engine will not be as good as it should, and the fuel consumption of your car’s engine will increase notoriously.

It is advised that you seek the service of a professional and test your Camshaft Position Sensor to avoid extra costs in the future. In many cases, a replacement of the Camshaft sensor is all that is required. If the Camshaft Position Sensor is not repaired before a lot of time passes, it could lead to serious issues within your car’s ignition system, causing the initial repair costs to increase.

Can I replace my car’s Camshaft Position Sensor?

Yes. Replacing your car’s Camshaft Sensor is a relatively easy task. Although it’s best handled by a professional, you can carry out the replacement yourself to save cost.

Replacing a Camshaft Position Sensor takes between one and two hours and the steps involved in doing so vary between car manufacturers. Here are some general tips you can implement:

What is the Replacement Cost For a Camshaft Position Sensor? 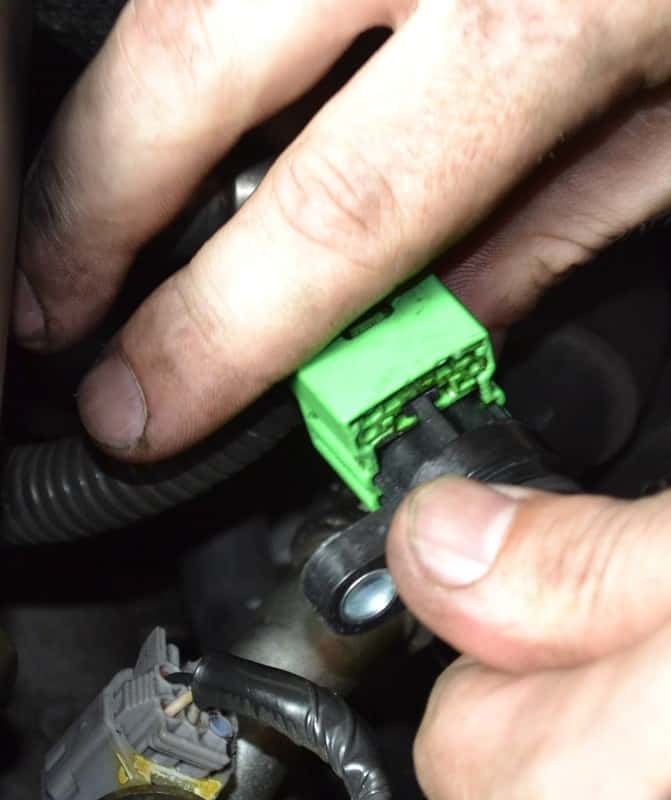 If it turns out that you decide to leave the replacement to a professional, the average cost will range between $180 and $230, excluding labor costs. With labor costs added, you should expect an additional cost between $73 and $92 added to what you pay for the sensor. 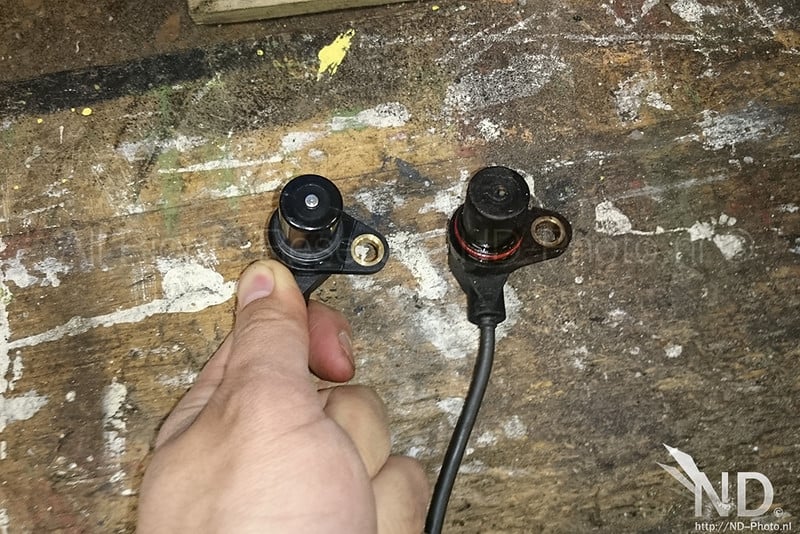 Although the Camshaft Position Sensor is small in size, it is very important to your car engine. It works hand in hand with the Crankshaft and Engine Control Unit (ECU), and ensures your fuel and air combust in the combustion chamber of your engine at the right time.  This is the reason the slightest wear or tear in the camshaft affects your vehicle performance greatly. To prevent this, regular engine maintenance is advised.